﻿Uranus is the Ancient Greek God. Also is a really fun planet cool to. It is the 7th planet!﻿

Click here to go to NASA's webpage on Uranus!

﻿﻿﻿Uranus is a really interesting planet. It has diamonds all over it! If you want to know more abut URANUS!!!! Scroll down to find lots of facts and information. Also a few videos!﻿﻿﻿
﻿﻿ The Gas Planet﻿﻿
The two main planet types are Rocky planets and Gas planets, Uranus is part of the Gas planet Group. Uranus is referred to as an ice giant.
Temperature
Scientists believe that the average temperature is -300 degrees fahrenheit.
﻿  Uranus and The Sun﻿
﻿The distance from the Sun to Uranus is 1.8 billion miles.﻿
﻿     Mass﻿
﻿﻿The mass is 86,810,300,000,000,000,000,000,000 kg, that's 14.6 times bigger than Earth!﻿﻿
﻿Moons﻿
﻿Uranus has 27 moons and their names are Cordelia, Ophelia, Bianca, Cressida, Desdemona, Juliet, Portia,  Rosalind, Mab, Belinda, Perdita, Puck, Cupid, Miranda, Francisco, Ariel, Umbriel, Titania, Oberon, Caliban, Stephano, Trinculo, Sycorax, Margaret, Prospero, Setebos, and Ferdinand.
Facts 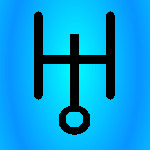 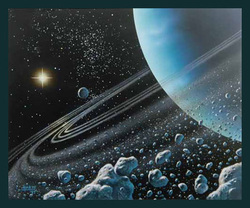 ﻿Surface﻿
﻿Uranus is blue and it has rings like Saturn. It has a small sheet of ice on it. It’s rocky and icy. There is dust on the rings. There are large diamonds on the surface.﻿

The Two Parts
﻿The two parts of the solar system are the ''Inner and the outer'' and Uranus is part of the outer.

﻿The Time﻿
﻿﻿Uranus makes a complete orbit around the sun "a year in Uranus time!" is about 84 years in Earth time. It takes 17.2 hours to rotate on it's axis.﻿﻿

﻿Uranus is an interesting planet. It's also really amazing I would recommend visiting Uranus. But if you like coldness GO TO URANUS!!!!! If you do NOT like hotness I will not  see you at Uranus! Also it is the only planet on its side so that would be super cool! We think Uranus is amazing, awesome, and cool.﻿